Are You a Leader? 10 Signs of Effective Leadership

You’re not a leader unless you have people reporting to you.

You’re not a leader unless you hold a certain title at your company.

You’re not a leader unless you’re making a certain amount of money.

Those 3 statements are NONSENSE.

True leadership is NOT in a title, hierarchy, or based on the amount of zeroes next to your annual salary.

Working at Tesla, I worked with all different types of leaders.

As a Performance Coach, I’ve met leaders from all over the world at different levels of their career.

I’ve worked with effective leaders who had no one reporting to them, working in an entry-level position, and making less than $40,000 a year.

I’ve encountered ineffective leaders with over 1,000 people in their organization, at executive-level positions, making over $250,000 a year.

Here I’ve gathered the most common traits of effective leaders that I’ve had the pleasure to work with in my career.

To put this simply, you’re an effective leader if…

1. You Have Conviction That YOU Are A Leader.

Conviction in yourself as a leader isn’t referring to confidence.

Confidence implies a feeling or belief in yourself as a leader.

Effective leaders have CONVICTION in their leadership.

They know they are leaders, and therefore act as leaders.

They don’t need to “practice” leadership.

There are some who have a natural gift of leadership and don’t have such a need to build this conviction.

Others need to work at it.

This is done by breaking through your comfort zone, taking action as a leader, and experiencing the results of your leadership.

2. You Positively Influence Others Through Education and Inspiration.

Do you have a positive impact on others after interacting with them?

Are they better after speaking with you?

Do people learn something from you after each conversation?

Do they feel motivated to “take on the world” after speaking with you?

Do you inspire them to be a better version of themselves?

Effective leaders would respond with a profound “YES” to each one of these questions.

3. Others Seek Your Advice or Counsel.

Working at Tesla, it was so hard to get in touch with certain leaders.

Because they were always coaching others and providing excellent advice.

Everyone was seeking them out because they provided so much value.

If people are seeking your advice constantly, you’re doing something right.

One area that I see many people struggle with is decision making.

They’re unsure of what to do and therefore their progress stalls as a result.

The most effective leaders I’ve encountered don’t have this problem. They gather information, learn as much as they can about the situation at hand, and MAKE A DECISION.

They aren’t afraid of failing after making the decision since they’re willing to adjust if need be.

5. You Practice Empathy (Not Just Preach It).

You know what bothers me?

People who talk about the importance of empathy yet do little to put empathy into action.

The best leaders I’ve worked with proved they were empathetic in their ACTIONS, not by talking about the value of empathy.

They would check on their employees with an open heart, genuinely concerned about their wellbeing.

They would go out of their way to help someone in need.

They would ‘go to bat’ for their direct report when their employee was going through a hard time because they understood what they were going through and would defend them regardless of how it would make them look.

6. You Care About What’s Right, Not Who’s Right.

At Tesla, I worked with this leader who was incredibly smart to the point of it being intimidating.

He would enter brainstorming sessions with conviction about his ideas, and defend his position with a great deal of logic.

What blew me away about this leader was that if he heard a new idea that was better than his, he immediately relinquished his position on the matter.

He didn’t try to hold on to his original idea, or convince anyone that his idea was better.

He would look at the situation objectively, and if he realized someone else had a better idea, he would drop his original idea and defend the new one.

THAT is the mark of a great leader.

7. You Create a Psychologically Safe Environment.

Great leaders create an environment where no matter the situation, others feel safe and comfortable sharing what’s on their mind.

Whether it’s a situation where the company is laying off employees, there’s tension regarding a new product release, or pressure hitting a deadline, others have so much trust in you that they’re not afraid to open up and share how they feel.

Trust is earned over time through a nurtured relationship.

Make time to build these relationships, create a trusting environment, and others will feel safe around you.

It’s more natural for a human being to assume others are “out to get them”.

We’re wired to recognize the negative in people and situations.

It takes diligence and intention for a leader to be aware of this natural filter and shift perspective.

Instead of assuming the worst, make a shift to assuming that others have positive intent in their words and actions.

When I was a sales manager at SolarCity, I remember a time where salespeople were complaining that they weren’t getting any leads.

In response, the VP of Sales went out door-knocking a neighborhood in New Jersey, scheduled an appointment, and closed the sale himself.

The impact this had on the sales organization was tremendous.

I’ve never met a great leader who wasn’t willing to go into the trenches and do the work themselves.

Anything that is asked of others is something the leader has done and is willing to do him or herself.

10. You Empower Others While Maintaining Accountability.

I’ve done many speaking events where I said the following to a crowd, and the response is always the same.

“Raise your hand if you like being told what to do.”

Of course, no one raises their hand.

Then I ask everyone to look around and recognize that NO ONE likes being told what to do.

Great leaders empower others to make decisions and come up with solutions.

At the same time, these leaders will maintain accountability, support the other person, and check-in to see if they’re getting results.

The person who is being held accountable doesn’t feel “micromanaged”.

They feel supported and cared for since the leader is holding them accountable to their growth and development.

In closing, remember that you are a great leader if you choose to be.

No one gives you the title of leader.

Learn from these 10 signs of effective leadership and decide to be a great leader.

P.S. You CAN be a more effective leader while staying true to your values. If you’re serious about growing your career while never losing sight of what’s most important in your life, schedule a free strategy call today. 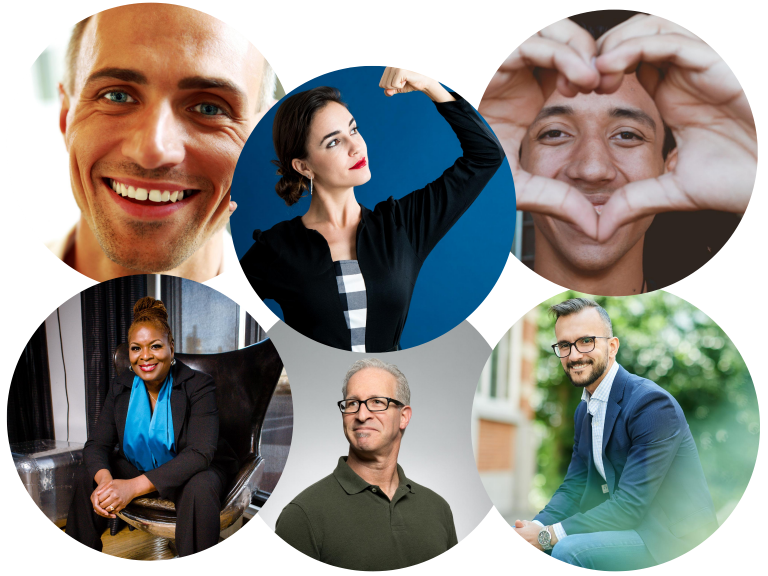